In Outlook 2010, I used to be connected to Facebook via the Outlook Social Connector. I wanted to do this in Outlook 2013 as well but the Facebook connector isn’t listed as an option anymore.

When I clicked on “Connect to another social network”, I’m being taken to a website which says that the Facebook Connector is included in Office.

Obviously, it is not for me. How can I add Facebook to Outlook 2013?

The Facebook connector is indeed included in Office 2013 but under some rare circumstances, it may not show up in the list of available social networks.

To get the Facebook connector back, do the following: 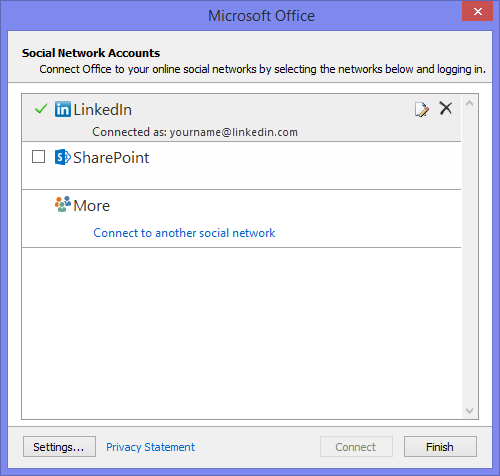