In previous versions of Word, I was able to send a Word document as the body of a new message by clicking the envelope button on the Toolbar. In Word 2007 I can only find the option to send it as an attachment.

Is this option gone?

To be honest; I first thought this option to be gone as well but there is quite a list of commands in Word 2007 (and also in Word 2010, Word 2013 and Word 2017) which are hidden or otherwise not directly available via a button in the Ribbon layout.

Add “Send to Mail Recipient” command to the QAT

You can still easily use these commands though by adding them to the Quick Access Toolbar (QAT) the following way; 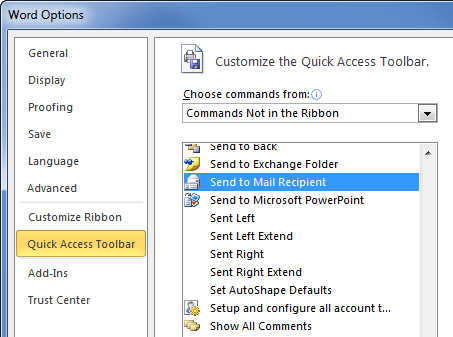 After adding the Send to Mail Recipient command to your QAT… 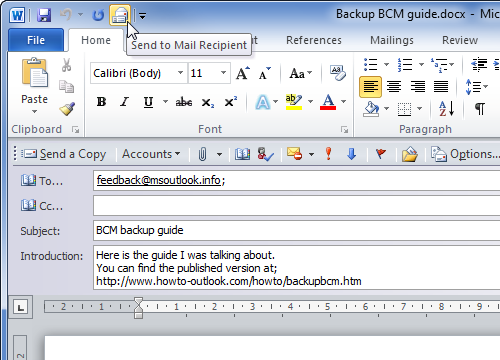